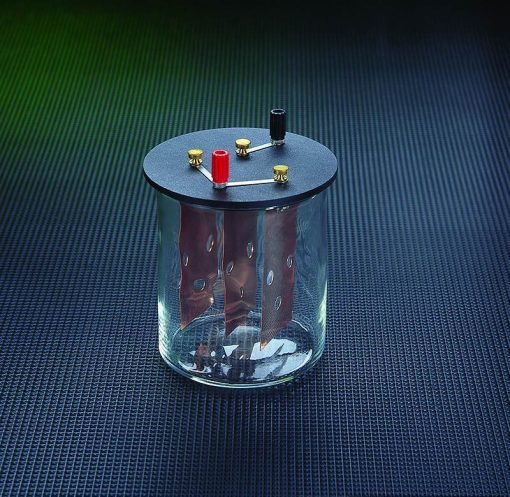 Michael Faraday formulated two fundamental laws in electrolysis. The first states that the amount of material liberated by a reaction is proportional to the quantity of electricity that has passed through a cell.

His work also showed that the amount of an element, plated out of solution or produced as gas, was directly related to the atomic mass and valence of that element.

The second law states that 96,540 coulombs produces A/V grams of an element, where A is the atomic mass and V is the valence.

The GS-432 is used to confirm Faraday’s second law by weighing copper plates before and after a timed deposit at a measured current.

Requires a power supply (not included) of 6 volts at 2 amperes.